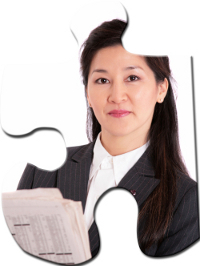 I remember well, an article that appeared in an image industry PIM publication of the early 80s. According to an image expert, most of us in the field do not really know the correct meaning of “balance” in fashion design, and so she set out to set us straight. She wrote that to achieve good balance, “the more stuff” there is in the top of the garment, “the more stuff” we also need to include in the bottom of the garment.

Nonsense! That sounds and looks like an awful lot of “stuff.” Heaven help us to stay in business if we teach that kind of “stuff.” Truth be known, either the top or bottom of the garment must have more stuff than the other, but certainly not an equal amount or bunch of stuff in both as implied. Nonetheless, the advice has floated through the image industry for years following, and without question.

The numbers sound and look good, and we want to believe. The 55%, however, has nothing to do with dress or grooming, not even body language beyond facial expression. Even so, the myth-information is taken for fact, and without question. Nonetheless, nonsense passed on and practiced by 500 or 5000 people is still nonsense. If the media, the public, or real professionals in the field pressed for backup information, the stuff and nonsense would be easily identified and we “image experts” would lose credibility—as we should.

AICI members must teach all the right stuff, including the facts about verbal vs. visual communication. To get us to the right stuff, it pays to go right to the source—Dr. Albert Mehrabian, a now retired psychologist whose research on this topic is reported in the 1982 book publication, Silent Messages: A Primer of Nonverbal Communication (Body Language) for the General Audience.

Yes, as of this writing, Mehrabian is still very much alive and enthusiastic about his work. In speaking with him, he firmly stated, “My research had nothing to do with dress or image. The results were 55% facial expression that people related to and relied on in the perceptions. There is no implication with clothes.”

Professor Mehrabian is known for his pioneering work in the field of nonverbal communication (body language). His experiments helped identify nonverbal and subtle ways in which one conveys like and dislike, power and leadership, discomfort and insecurity, social attractiveness, or persuasiveness. Human Resource departments, communication and leadership trainers, and political campaign managers have often relied on these findings.

According to Mehrabian, “My findings on communication and body language, as well as those of many other investigators, are organized and summarized in very readable form in my book, Silent Messages.

The book deals with all facets of nonverbal communication, including body positions and movements, facial expressions, voice quality and intonation during speech, volume and speed of speech, subtle variations in wording of sentences that reveal hidden meanings in what is said, combinations of messages from different sources (e.g., face, tone of voice, words), and general descriptions of individual communication styles or mannerisms…… My findings on this topic have received considerable attention in the literature and in the popular media….. Unless the communicator is talking about their feelings or attitudes, [even] these equations are not applicable.”

When explaining these facts to a recognized “image expert,” her response was, “But, what about all those people who state it the other way–what do we do now?”

While there is some application potential for the speech and etiquette specialist, these numbers have no relevance or application for the image professional working with dress in business or leadership roles. We really need to ditch this data and look for another, more applicable set of statistics. In the meantime, there’s room for more and new research.