100 Reasons Why You Should Dress Up 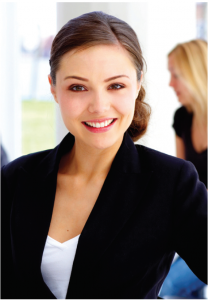 My granddaughter had a bad experience as a young teen that made me acutely aware of the need to know how to answer when someone asks with a sneer, “Why ya so dressed up?”  It wasn’t a compliment from the boy who asked her. Driving the insult, he added, “Who do you think you are, Miss Priss?” So hurt and embarrassed, she ran back home in tears.  I realized then, I had to put some ideas in people’s heads to come out of their mouths when someone said something like this to them.

I wasn’t alone in my concern about this common cut.  I wrote about it in 2000 and a gal named Zephyr, in her College Fashion blog in 2009, wrote 25 Reasons Why You Should Dress Up Every Day.  Zephyr asked, “…as if wearing something cute is a strange thing to do…Since when did it become an unusual thing to put effort into what you wear and have fun with fashion?  Since when is anyone not wearing sweatpants and a hoodie breaking some unwritten social rules?”

I’m on her page; as if there is something wrong with dressing up.  In reality, people asking “Why ya so dressed up?” are putting you down to build themselves up.  They want to bring everybody down to their level, and it’s working! People have been made to feel like they’re the ones out of place dressing up to any degree.  As a result, they too, have dressed down in faded distressed jeans and a t-shirt every day and everywhere.

It’s now 2018 and predictably, the dress-down trend in America has magnified to the point of social decline in language, manners, and the reported loss of civility and productivity.  Related negative influence includes the predictable closing of retail clothing stores due to the fact that people are not wearing or buying nice clothing anymore.  Online sales figure in, but be aware, even Amazon’s increase is based on the sale of Nike shoes.

Inspired by the need, I’ve launched the DressUp Club™ to encourage a turn-around.  As part of that effort, I’m expanding on Zephyr’s approach.  I’ve collected from family, friends, clients, and students, reasons to dress up—a little or a lot.  I now invite your input. Let’s see how far beyond 100 we can go with good to great reasons to dress up again.

In 1990 I offered the following reasons for response: